I don’t often have time to participate in game jams, normally working on projects at my own slow pace, but when I recently saw DOMEjam announced it struck me as the perfect opportunity to try out a new game framework and learn a new programming language in a forgiving time limit (10 days - long enough that I don’t need to rush, but short enough that it keeps me focused).

DOME is a little different from other game frameworks in that it is based on the Wren programming language, a lesser-used but seemingly quite capable scripting language when compared against popular mainstay Lua. I have most recently been using PICO-8 a lot so I was keen to see how DOME compares.

Deciding what to make

In deciding what game to make, I wanted to keep the scope quite focused in order to fit within my schedule. While searching for inspiration, I kept thinking of how excited I am for the upcoming Playdate handheld, and really wanted to see if I could make something that could feasibly run on that console when it is released. One advantage of DOME compared to PICO-8 is that as a more generalised framework, it grants you more freedom with screen size and colour palette. So it was decided: in keeping with the hardware specs of Playdate, I would create a game that fits within 400x240 pixels and using only black & white colours, using DOME. 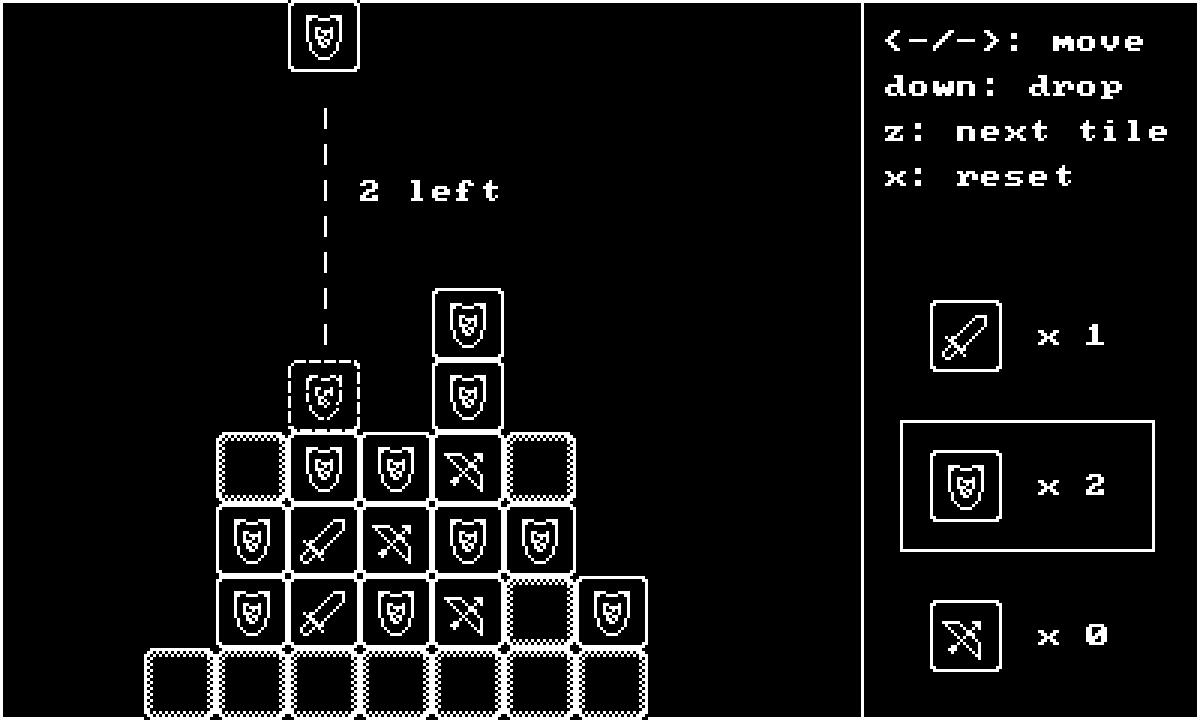 Since DOME is not an all-inclusive editor for sprites and audio like PICO-8 is, I had to fall back on different tools for this game. I ended up using GIMP to draw up some very basic sprites for the game (thankfully, I did not need many in the end), and used PICO-8’s audio editor to create a couple of sound effects. I also used VS Code as my text editor.

I’ll break down my experience using DOME to make this game into sections of dot points: the good, the bad, and other miscellaneous comments.

I ended up creating a small puzzle game based around match-three mechanics, which you can play on itch. 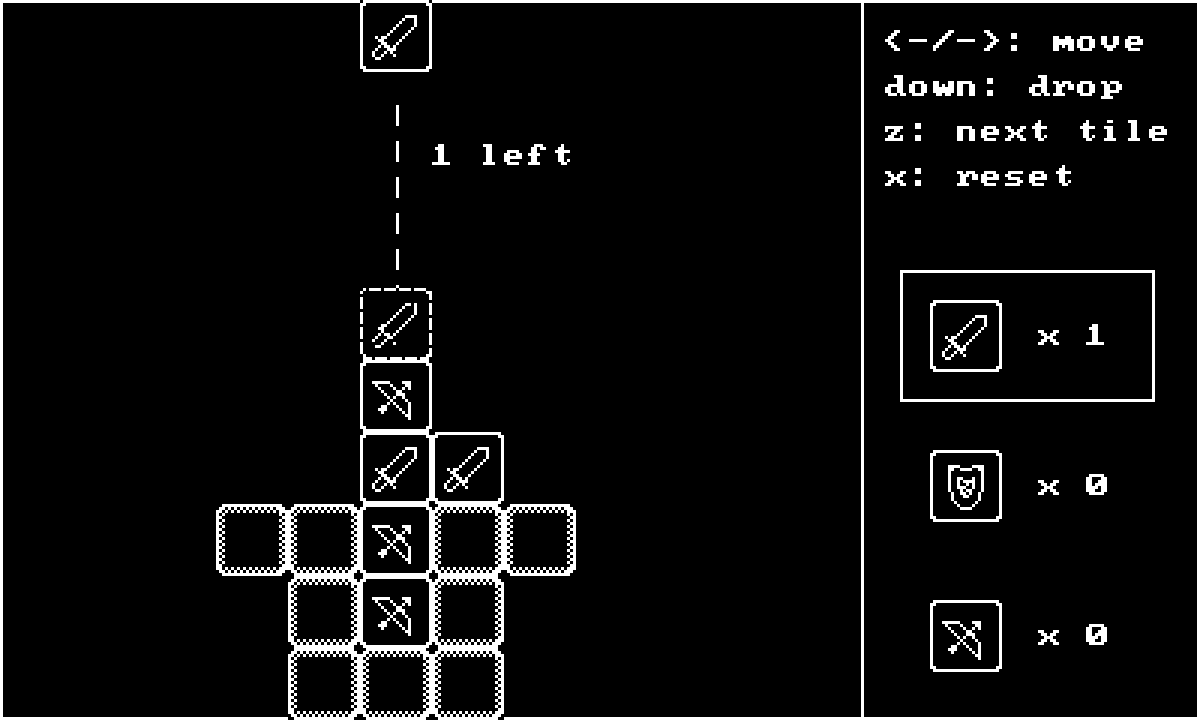 As is typical for any game jam, I didn’t end up having time to implement everything I wanted - I was hoping to give the game a stronger theme, some proper background music, and some more inviting art. My current aim is to make small, wholesome games, and this one is most definitely small but I feel like it needs more work to make it feel properly inviting and wholesome to play. In any case, I hope you can enjoy the small smattering of puzzles I created with it!

As for DOME itself, would I come back and use it for another project? I’m a little unsure. I definitely enjoyed writing a game in Wren, and DOME certainly provides a sufficiently capable feature set for making small 2D games. I could see myself happily using it again, but at the same time, I feel like I probably wouldn’t prefer to use it over PICO-8, provided I wanted to make a game that fits within PICO-8’s limitations.

Ultimately, I feel like DOME is a good tool to have at my disposal for future projects, so I’ll definitely keep it in mind even if I don’t use it again for some time. I do hope it gains a larger audience and continues to grow, so I will keep an eye on it and see how it evolves over time. I think with a bit more community following and perhaps some more features to set it apart from other frameworks, it could carve out its own niche in the game development community.