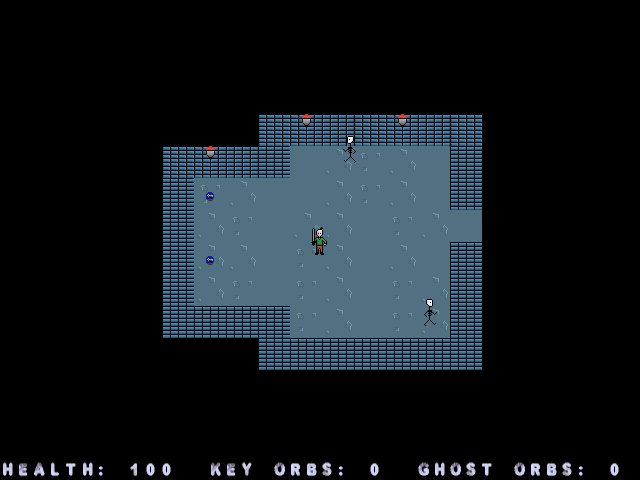 Wow ok, this is an old one. This would be my first ever game programming project, and the date modified on the .exe says 2007. I coded it in Basic4GL, a BASIC-style language that was targeted towards game development, and which was the first programming language I ever learned. I had a lot of fun working on this, but as was typical of my projects at the time, as soon as I got a lot of the general game systems in place, I lost interest and moved onto something else, having only created a few small rooms of content for the game.