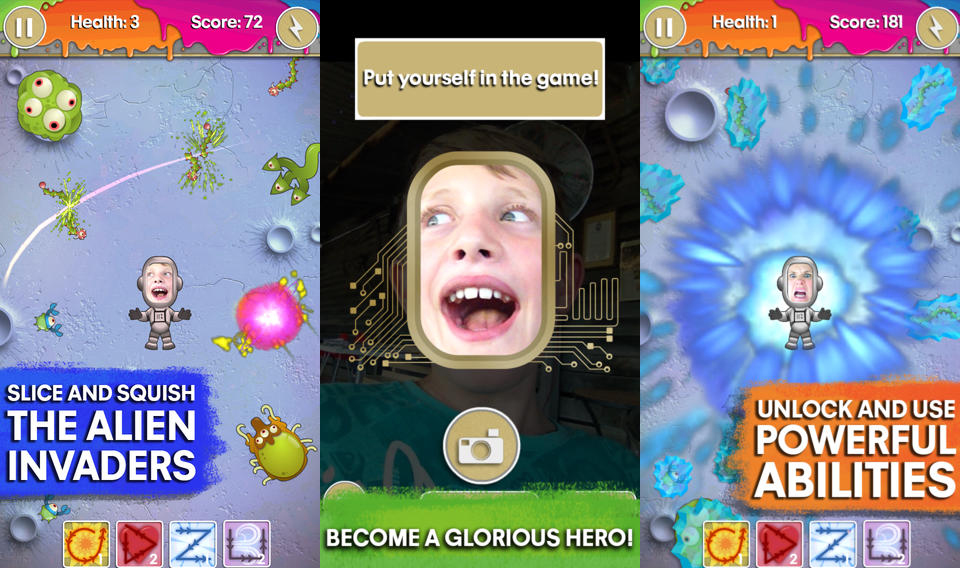 Face Invaders was a mobile game I worked on with Electric Mammoth Studios and released for iPhone and Android in 2014. This fast-paced arcade game would have you frantically tapping and slashing across the screen to defend yourself from wave upon wave of aliens for as long as you can.

I’ll always be proud of the work that went into this game, but unfortunately Electric Mammoth Studios is no more and the game is no longer avalable on any app stores. But it sure was awesome to develop a full mobile game in Unity and release it to the world.